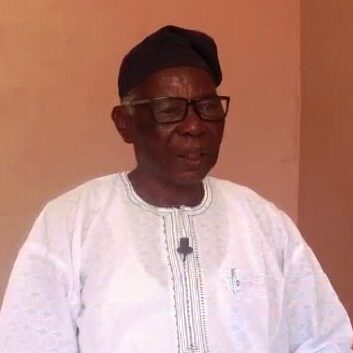 The Etuno language version of the New Testament titled Otoowo Owoowa has been launched and also dedicated in Igarra, the headquarters of Akoko-Edo Local Government Area of Edo State.

Speaking at the occasion, the Otaru of Igarra, HRH Oba Adeche Saiki II, the traditional ruler of Igarra Kingdom and Akuku Clan, who was represented by Mr. Folorunsho Dania, commended the people who made it possible, saying that they have written their names in the sand of time.

The monarch appealed to the people to set aside personal ambitions and work for the greater good of the community.

The Bishop of Akoko – Edo Diocese of Anglican Communion, Rev. Jolly Oyekpen, on his part, said the translation of the Bible into Etuno language would enhance the understanding of the Bible by indigenes of Etuno.

According to him, “With it too, more souls will be brought into the fold of Christ Jesus. And because Etuno Bible is being launched and dedicated today, it will go beyond Igarra and Akoko – Edo.

“It will reach anywhere an Etuno person is in the world thereby internationalising it like the Bible in English language.”

Dr. Yakubu La’ah, Executive Director, Nigeria Bible Translation Trust, in his remarks, said that the translation would have positive influence in the lives of the people of Etuno.

Pastor A. K. Apologun, Chairman of the Translation Team, said that the aim was to ensure that God speaks to the people in their mother tongue.

He said “The Bible is better understood when read in one’s local language.

“It will also be very helpful to interpreters and lay readers in churches. Moreover, people derive greater blessing when they read the Bible in their mother tongues.

“Secondly, we observed that the Etuno language is under threat by Yoruba and Igbira languages spoken around us; even worse is the English language which has already overwhelmed the generality of the Etuno people.

“It became a concern to us that both old and young can no longer say the shortest phrase in Etuno language without mixing it with English, Yoruba or Igbira.”

Speaking at the launch/dedication, Mr. Pita Onaivi, Coordinator, Etuno Language Development and Bible Translation Project, disclosed that fear of extinction of Etuno language was part of the reason that informed the translation of the New Testament Bible into Etuno indigenous language.