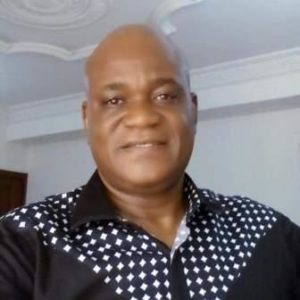 The Lagos Branch of the 39th Opoze age group of Igarra, Opoze Osienwudo, recently elected an eight-man executive to run its affairs till the members elevate and take their Azebani titles. The Branch also wrote congratulatory letter to political office holders including those who were elected and those who were appointed.

In the election which was conducted on January 19, 2020, the following persons emerged for the various posts specified in the Branch’s constitution: Barrister Steve Dania was elected Chairman; Patrick Mayaki as Vice Chairman; Ayode Longe as Secretary and Paul Saiki as Assistant Secretary.

Other elected members of the executive are: Siaka Nasiru as Financial Secretary, Idowu Dania as Treasurer; Felix Bakare as Public Relations Officer; and Emmanuel Yahya Yussuf as Chief Whip.

Speaking after the election, Felix Bakare, the Public Relations Officer, thanked the members of the Branch for the confidence reposed in them and electing them to serve the group. He noted that the election is a call to service and promised the executive will not disappoint the members.

The group also wrote letters to political office holders congratulating them on their election and appointment, as the case may be.

In the letter dated February 17, 2020 and signed by the Chairman, Steve Dania and the Secretary, Ayode Longe, the Branch members said they rejoiced with them on their election/appointment and expressed confidence in them saying they deserved the positions. 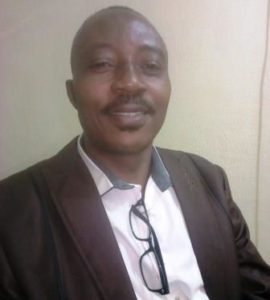 The Opoze Osienwudo, Lagos Branch, in the congratulatory letters said: “As the legislative arm of the governance structure of Igarra, we, members of the Opoze Osienwudo Age Group, Lagos Branch, are confident that your influence will continue to bring developments to Igarra and we promise to work with you for the success of your appointment and for the development of Igarra, and Akoko-Edo.”

The group added that in due course, its representatives will be paying them a courtesy visits to discuss issues pertaining to the development of Igarra and Akoko-edo Local Government Area.

Speaking to Igarra Kingdom on why it took this long for the Branch to write the letters, Ayode Longe, the Secretary said: “We actually started coming together in July 2018 but the first few meetings were not all-inclusive and because we did not want a divided Opoze in Lagos, we had to bid our time.

“Again, once we began to hold meetings that we considered to be all-inclusive, we also needed time to reach out to all members living in Lagos and its environs to bring them in, give people time to blend before we conducted the election.”

Speaking further, Mr. Longe said the Branch also took time to draft, adopt and print its constitution, print its letterhead and thereafter conduct its election. “It was after all these necessary steps had been taken that we could really be able to do anything tangible and that is why, these letters are coming late. But we believe it is better late than never,” he added.

The Opoze Osienwudo Age Group Lagos Branch comprises of members of the group in Lagos and its Ogun State environs.