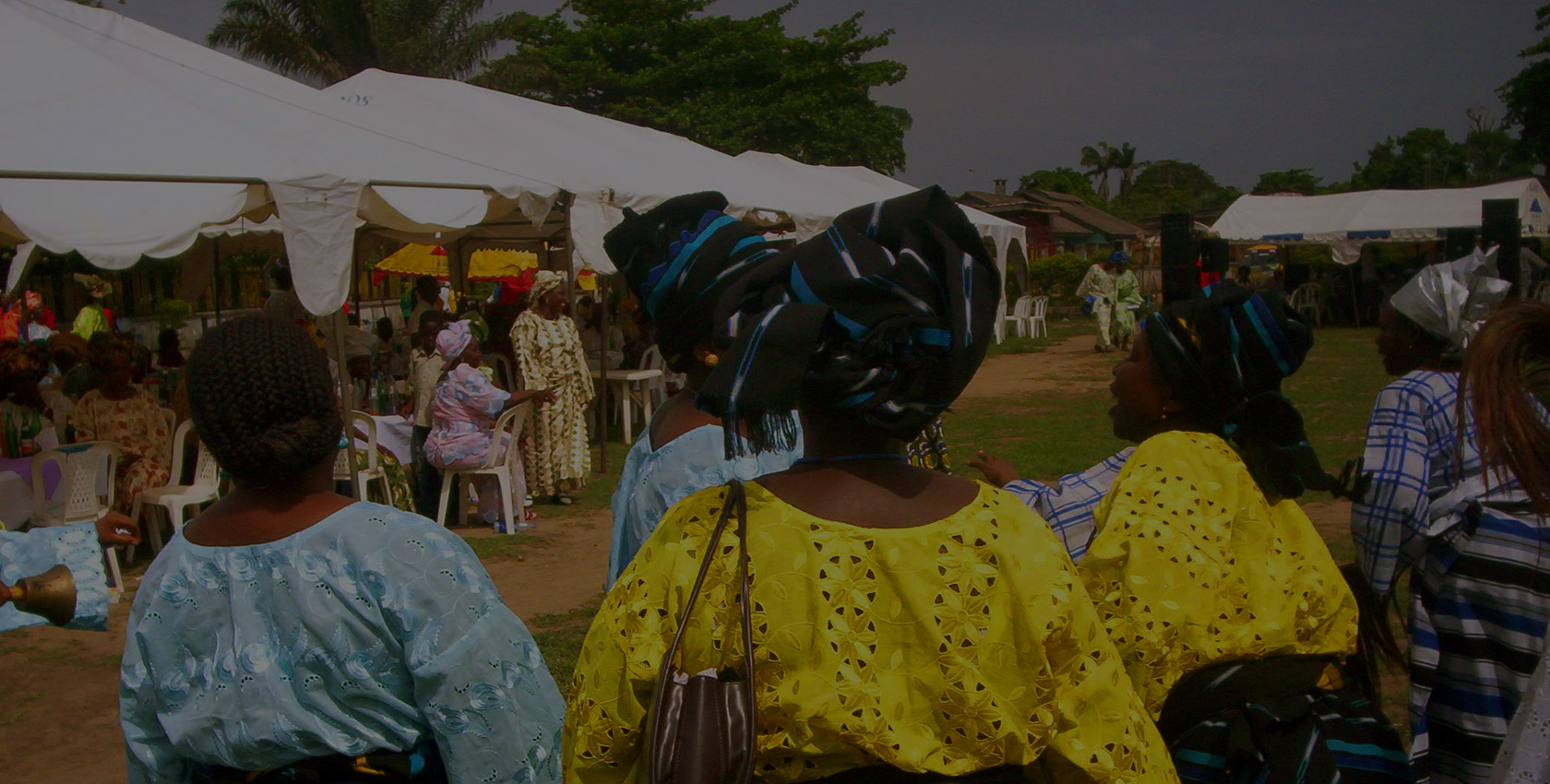 There are two forms of marriage in Igarra – viz:-

The former was mostly practiced in Igarra before the advent of Western Civilization. When a boy is of age or when the parents of the boy concern thinks he is of age, they go ahead to arrange a marriage for him. Before this time, the boy would not have known the father’s intention or the wife-to-be. After the final arrangement and possibly after the bride price is paid, the boy would then be informed of the parent’s intention to get him a wife. The boy would have no option if the parents concern are in hurry to get grand-children (Azi). Since the whole responsibility of the marriage is that of the boy’s parents, he only looks forward to the day he would go to sleep in the girl’s home. The boy now comports himself in a manner befitting a husband-to-be. He works in the father’s farm more than before, all in the name of pleasing his father, when the father of the boy is satisfied with the boys behavior he would then break the news of the future bride to his son. The boy would then arrange with same of his friends to go and greet the wife-to-be, taking with him some gifts (now money). The acceptance of the gift from the boy by the girl signifies her approval of the boy as her future husband. On arrival, the boy would tell his parents his feelings about the girl. The boy’s opinion is not important in the whole arrangement.

A date is now fixed for the boy to go and sleep in the girl’s house. Prior to this date, both the boy and the girl must have been seeing each other but no sexual contact. Both of them would have been educated by their parents. (sex education). The boy would have organized himself and his friends to work in the father-in-law’s farm. This is popularly called “IZURE”. This aspect has since given way to money paid in addition to the bride-price. This is usually less than twenty naira. On return from the farm, the girl’s mother would prepare “Apapa” – (Bean Loaves). In most cases when the boy goes to the girl’s house the first night to sleep with her, he might be driven back by the girl’s parent in the pretext that their daughter was not yet ripe. The boy would go back home dejected and then takes the message back to this parents. This is either followed by the boy’s parents going to plead with the girl’s parents or that the boy would again organize his friends and relations to go and work in his father-on-law’s farm. After this the boy will then repeat his visit to the girl’s house in the night. This time, he is usually but not always accepted. The significance of the first disappointment is to tell the boy and to warn him of the difficulties involved in taking a wife.

If the girl in question not a virgin, then parents of the boy would do none of the above. The girl who was a virgin becomes the pride of her parents and also a pride to herself in her husband’s house.

How, the relationship has been established between the boy and the girl. The girl (wife) of the boy does not go to live in the husband’s house until after one or two issues. Among the things paid as pride price are:

1. Tubers of yams
2. White cloth
3. Some amount of money not exceeding one hundred naira nowadays (thirty naira in the olden days).

in Igarra is not different from any other part of the world in the preliminary stages. The love affairs could go on for years before both decide to bring in their parents. In this case, the boy would introduce the girl to his parents as his intended wife and the girl might do the same. What follows is the same as that of marriage by arrangement. This may then be followed by Church or Court wedding.

The old generations are bitter about the love affair between the boys and the girls before marriage. They are occasions when the girl’s parent would refuse to give their consent to the marriage even when the girl was put in the family way by the boy.

The young generations on their part are equally against the interference of their parents in the preliminaries of their marriage. Because of the flexing of muscles between the two generations, the Opozes, in 1982 proposed and was passed into law, the banning of ‘disco’ – (night parties) with poor lightenings. This was as a result of indiscriminate sexual relationships between the youths contracted by couples of the same family. For example an Eshinogun man not marry within the Eshinogun family, but can marry from the other royal families or other family and vice versa.