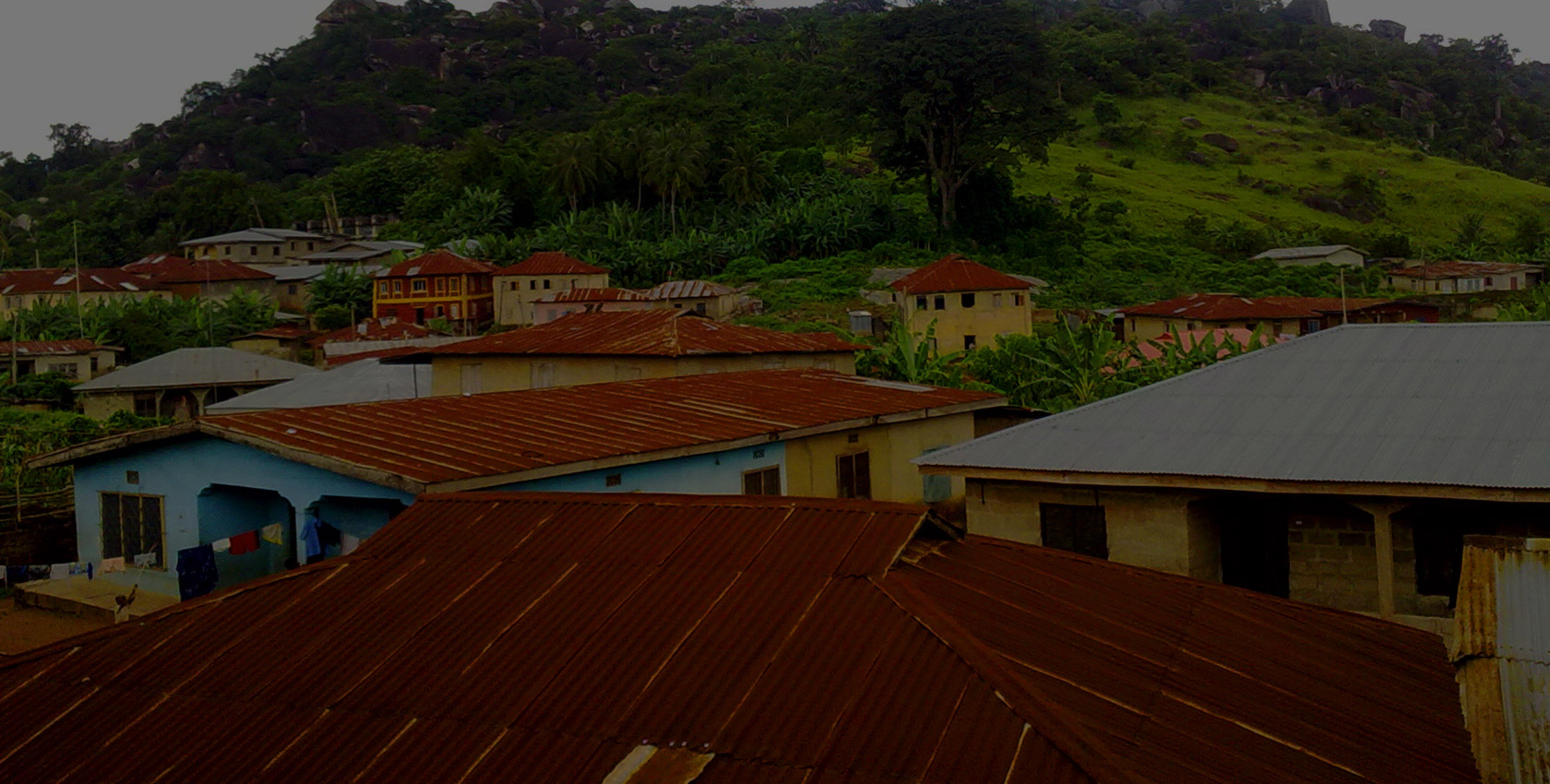 The Igarras believe that there is the almighty God called Oshomoshi. They believe that he is far away up in the sky that even if you climb the tallest tree or mountain and stretch your hands, it will never reach Him; hence He is qualified thus; (Oshomoshi, Ogederisha, Ogodogodo Onuvoza-e-metu) meaning – He is so far high above that your hands cannot reach Him. He is also referred to as Ishineba.

Before the advent of the Christian religions, the Igarras believed that God can be approached through his minor gods. The Igarra hence appease these gods to help them in times of tribulations. The following are some of the gods which serve as intermediaries beteen them and the Almighty God.

The appeasement to other gods with no definite names but for particular purpose are as follows:-

During the appeasement of these gods, the name of Oshomoshi (God) is first called before the libations.

This god Idakoriko is for all people of Igarra and it is worshipped by all the families on behalf of them all. It is believed to be very powerful and offers shelter to all the Igarra sons and daughters in times of difficulty. It is known or believed to cleanse away barrenness, offers protections in journeys, helps to secure good jobs on the condition that the persons concern would not go against its (Idakoriko’s) rules and regulations; the most important being that the person must not steal in his working place, must place his name first i.e. to save his or her name. Perhaps this could be attributed to very Igarras are always very honest in their places of work. In times of difficulty, the victims or the person concern would promise to the god –Idakoriko things ranging from cock, hen to ram in return if his or her wishes were granted. Failure to offer the sacrifices promised to the Idakoriko would lead to detrimental consequences.

It is therefore pertinent to note here that up till the present time, object of sacrifices like cock, ram are slain for consumption every Egeta (8 days) in the shrine popularly known as Ebo. The meat is consumed there and there alone. No part of portion of the meat is bought to the dwelling place. The bone of the animal is never cracked or broken with the teeth; i.e. only the flesh is consumed. Among those that were interviewed, all agreed that the Idakoriko granted him or her request in time of difficulty.

The god- Idakoriko was also believed to have helped Igarras during inter-tribal wars, and even during the Ilupe invasion. During the Nigeria Civil War, when Nigeria forces and secessionist forces met in Igarras, there was no exchange of fire arms to warrant casualty on either side. This was as a result of appeasement of the god –Idakoriko as claimed later after the war. This was to protect the soil of Igarra which as to be used as a battle field which would have in consequence resulted in casualties even among the civilian inhabitants.

The Igarras (Eutons) believe in (Eshe) – the world of man or the univers and also believed in (Idanelu) – the world beyond of the world of the dead. They believe that Eshe is made of good and bad people. They refer to the good people as “Azoiza as “Azeshi” “Opechi” or “Arebe”. There is the belief that when these bad people die, they are not buried in the home rather they are buried in the bush very far away from home. These bad people are known to confess in one form or the other their past atrocities at the point of death.

The Igarras believe strongly in re-incarnation, hence children who often fall sick are re-incarnated (Ofifuto or Oyiye). The child would then be called by the name with which she/he is re-incarnated. The name might be that of an Uncle, distant relation or even one’s father or Grand-father that died very long ago; who they believe has come back to life. Whether one is re-incarnated or not, the Igarras believe that every son and daughter or Igarra has an ‘OZU’ (re-incarnate). It is therefore an abomination for wives to individual family to insult any member of the family (her husband’s family).

If either jokingly or during a quarrel,an inlaw of a man or woman is insulted in the presence of the wife or husband. (he or she) would quickly interrupt the insult by proclaiming “OGBONOYI” meaning may it not be so.

The appeasement of this god is solely the responsibility of the reigning Otaru. The Otaru does not worship himself but delegate a priest who performs the rituals. It is believed that it was through this god that Uno (from where Etuno derived its name) disappeared. It is appeased twice a year; mostly in time of difficulties and epidemics, or when these are suspected.

This god is worshipped by the Esiobes (Eziakuta, Eziodu and Ezioga) whose chief priest is an Oshi. This title is usually conferred on a distinguished hunter by this family. This Oshi is usually very respected. With his Inori (cane) at hand, anything he touches with his Inori during any festival (like money or meat) the portion is usually given to him. He does not mix with people. He lives in seclusion. It is believed that het powers of the hunters are kept by this god.

The Oshi appease this god (Asautor Idowo) for protection against dangerous animal during hunting expedition. It is also called Ori-Asau. This title was conferred on one Ashava who refused to be secluded from the homes. He corrupted the title to Oshi-Oinoinoi – meaning he was not of the secluded Oshi.