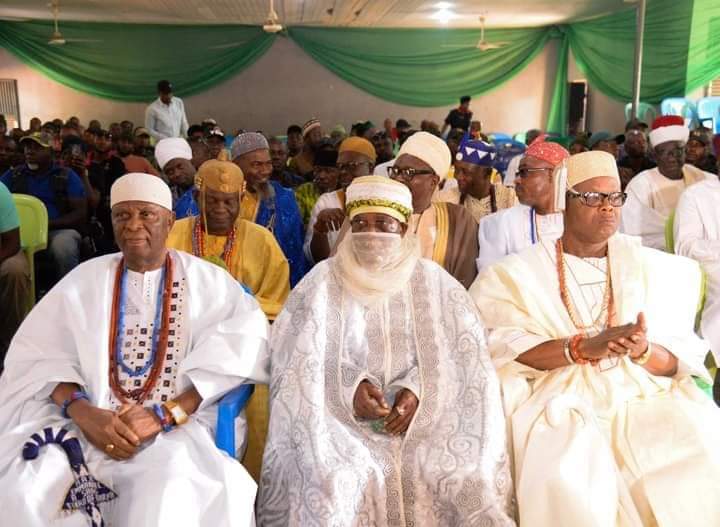 The Otaru of Igarra, His Royal Highness, Oba Emmanuel Adeche Saiki II, has appealed for more support in terms of providing sophisticated weapons to enable hunters, vigilante and locals to secure themselves and their environment.

The monarch made the appeal on December 20, 2022 at the Etsako West Local Government Council Hall in Auchi, when the Edo State governor, Mr. Godwin Obaseki addressed traditional rulers, security chiefs and other stakeholders in Edo North Senatorial District.

The governor, on his part, promised that his government will continue to support the State’s Vigilante Security Network to enhance security in the state and ensure the protection of lives and citizens, adding that the government would provide more logistics support to the vigilante network to improve patrol and surveillance in the grassroots.

The governor said his administration will be working with communities that have boundaries with other neighboring states, including Akoko-Edo and Etsako-East where security is porous so as to strengthen mechanisms and strategies to secure the borders and increase security in the areas.

Mr. Obaseki said, “We will continue to provide support for our vigilante but in the immediate, we will purchase a number of motorcycles for the vigilante for patrol and bush combing. The vigilante must be supported with some stipends and logistics. I will give you a Christmas bonus for the year as each local government will get N3 million for the work you have done for this year.”

“From January 2023, we will make sure we support each local government with N1 million every month to support our vigilante and report must be rendered in every Security Council meeting.

“I thank the Afamai World Congress who contributed N10 million to support security in Edo North. We will double the money and use it to support our vigilante with logistics.

“We encourage other associations and citizens to support the state security arrangement as the government alone can’t do it. These men need encouragement to combat crime and make the state peaceful.”

The governor reiterated that “There is a law in Edo State which I have signed, the anti-open grazing law. It’s illegal for anybody to graze openly or in an area that has not been so earmarked and the provision is clear and must be given full effect.”

Sorry, the comment form is closed at this time.